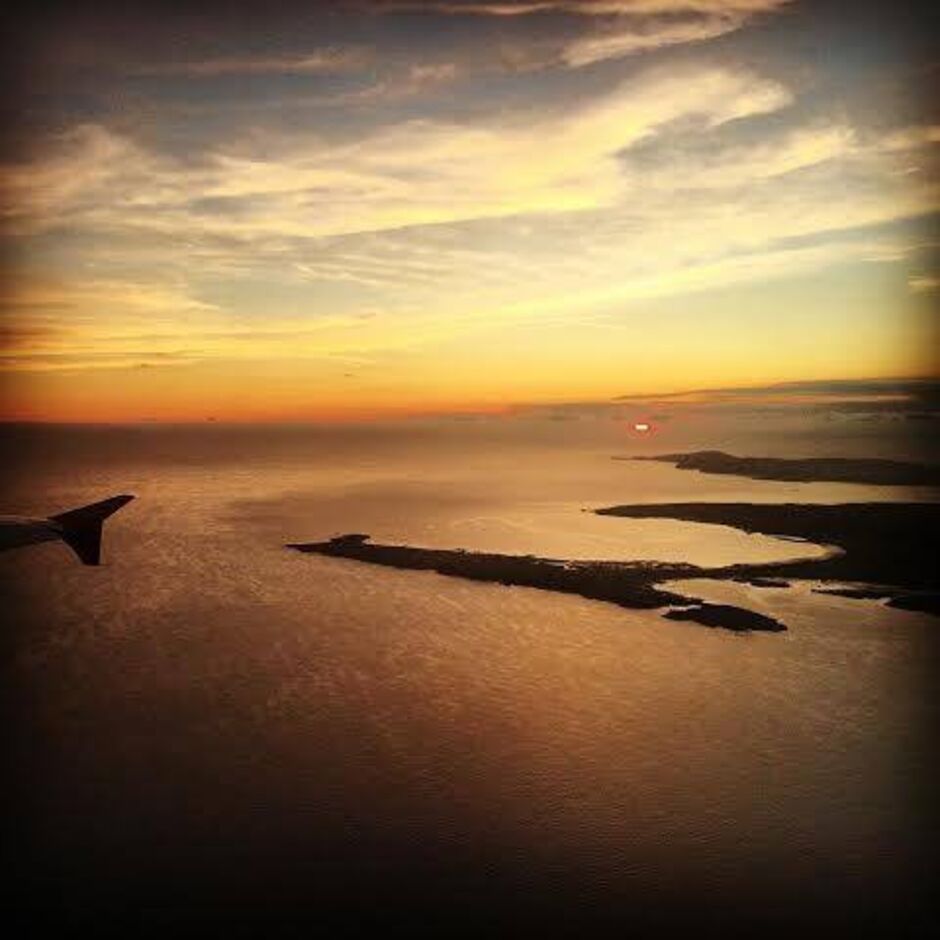 Isle of Man, surrounded by the sea on all three sides.

The Isle of Man occupies just about the same area as Greater London - no more than 33 miles long and less than
half that distance at its widest point.

At Castletown golf is mostly played well above sea level, with views at every hole of tumbling cliffs, rocky outcrops,
sweeping bays and, of course, the ever present sea. Yet the playing conditions are pure links golf - tight-knit,
quick draining turf and smooth, fast running greens, with gorse, whispy fescues, and heather defining fairways.

The original Castletown Club was formed in 1892 and holes were laid out on the present site in the early 1900's
by Old Tom Morris, widely regarded as the modern pioneer of golf. Just a few years before he had confirmed to
a potential client: "My fee for laying out a green is One Pound Sterling and travelling expenses", so the exercise
was not too costly!

Following the Second World War, the course was re-designed and restored by the very well-respected architect,
​Mackenzie Ross, and it is that course which is in play today. With water on all sides and two magnificent bays carving swathes along each flank, it is a dramatic and wonderfully natural site for a golf course. 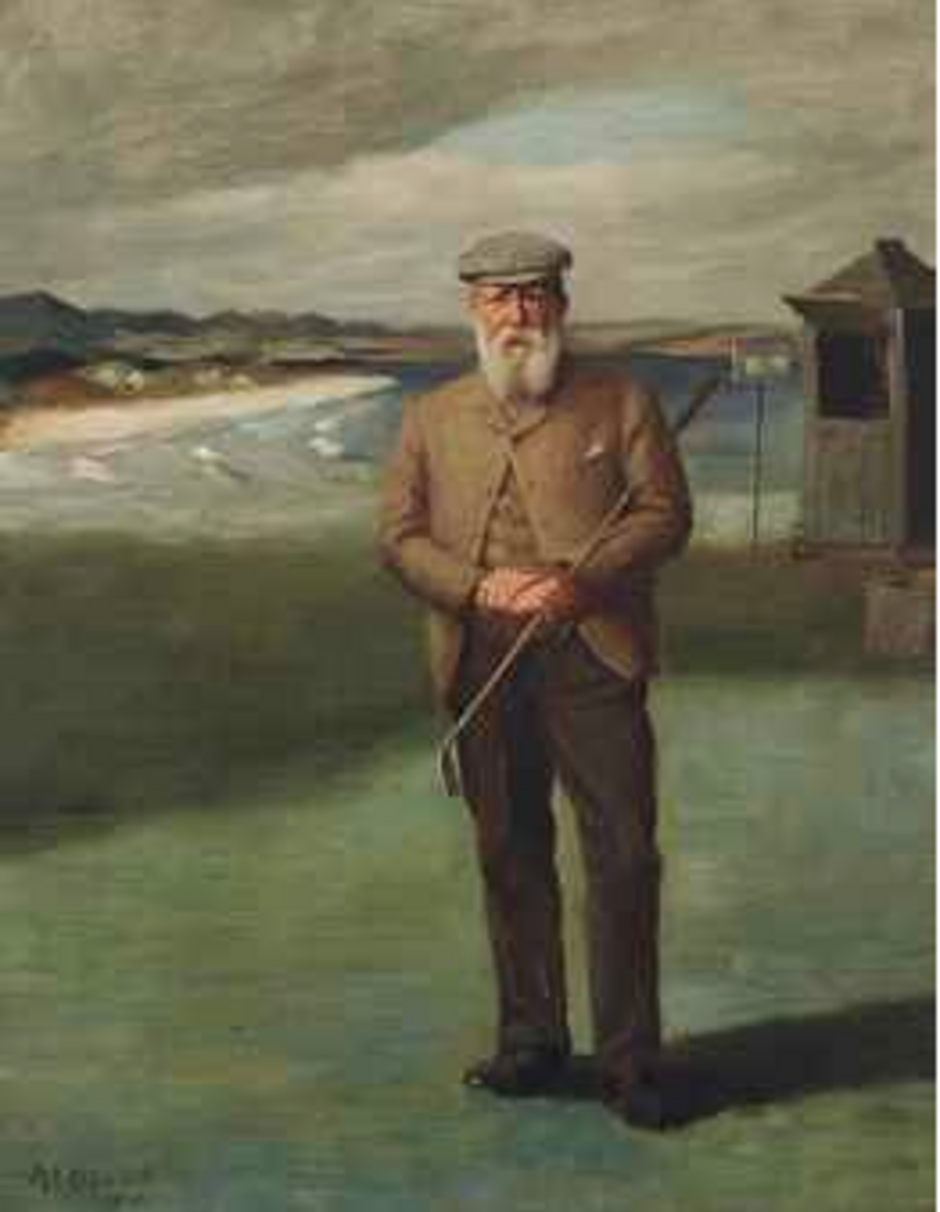 Old Tom was the son of a weaver, and began golf by age ten, by knocking wine-bottle corks pierced with nails
(to serve as balls) around the streets of the town using a homemade club, in informal matches against other youths;
this was known as 'sillybodkins'. He started caddying and playing golf from a young age, and was formally hired as
an apprentice at age 14 to Allan Robertson, generally regarded as the world's first professional golfer; Robertson
ran the St Andrews Links and an equipment-making business.

Morris served four years as apprentice and a further five years as journeyman under Robertson, by most accounts
the world's top player from about 1843 until his death in 1859. From the early 1840s, Robertson often chose Morris
as his partner in challenge matches, played by alternate shot format, which were the principal form of competition
at that time. It was said the two never lost a team match played on even terms and they became known as
"The Invincibles".

Old Tom’s path suddenly changed in 1851 when Allan Robertson fired him for playing the new ‘guttie’ ball.  At that
time Robertson had a profitable business making the ‘featherie’ golf ball, which was now under threat due to this
new guttie.

Prestwick Golf Club was just starting up and Old Tom was given the job to design, lay out, and maintain the course.
He also ran his own golf equipment business selling gutties and clubs, gave instruction to players, and organised
events. He was influential in beginning The Open Championship, which was played for the first time in 1860 at
Prestwick.  As it happened he struck the very first shot in Open Championship history.

Old Tom Morris’s golfing prowess is nicely represented by the following discussion at the Muirfield Open
Championship in 1896, as shown in the book written on his life in 1908 by Mr T. Werner Laurie:

The Reverend William Proudfoot, one of the Parish ministers of Haddington - himself a great golfer, admirable
writer, and very fine preacher had the good fortune to “foregather with that grand old golfer, Mr William Doleman ,
of Glasgow.”  In regard to Mr Doleman, he very justly says: “As all who know him will frankly admit, his golfing lore
is comprehensive and accurate, and his critical estimate of golfers is never lightly spoken, never merely fanciful,
but always thoughtful and based on something like solid argument.”

Mr. Doleman and Mr. Proudfoot were talking of Herd’s marvellous 72, and they reverted back to talk of “the immortal
days of Tommy”.  The mention of the name suddenly lit up the face of the old golfer – a sure signal that some
reminiscence, humorous or serious, was forthcoming.  “I tell you sir there isn’t a man, English or Scotch, in all this
field that impresses me with the same sense of power - or golfing genius – call it what you like – as Tommy did,
the moment he addressed the ball.”

He had just been speaking with warm admiration of Braid, Vardon, Taylor, and Herd, and Mr Tait, but his heart had
to return to the old love, to the kindling memory of a prowess that has never been quite restored to the green by
even the most brilliant of present-day heroes.

Aside from playing the game, Old Tom Morris is often considered as the father of modern greenkeeping. He introduced
the concept of top-dressing greens with sand, which significantly helped turf growth. He also introduced many novel
ideas on turf and course management, including actively managing hazards (in the past, bunkers and the like were
largely left to their own devices, becoming truly "hazardous") and yardage markers. He was the first to use a push
mower to cut greens.

In terms of course design, he standardized the golf course length at 18 holes (St Andrews had at one time been
22 holes).  He also introduced the modern idea of placing hazards so that the golf ball could be routed around them;
this was the beginning of strategic design which has dominated golf course design ever since. 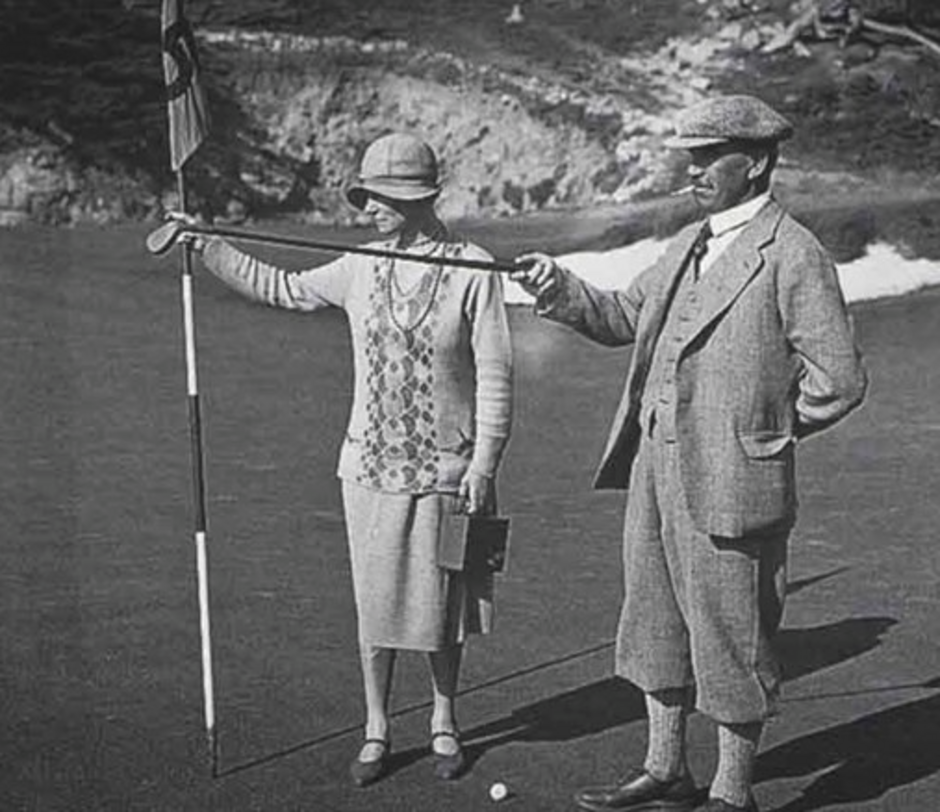 Born in Edinburgh, MacKenzie Ross played his golf at Royal Musselburgh as a youngster.

His father was a fine amateur golfer, reaching the last eight of the Amateur Championship. Mackenzie Ross also
served in the British Army for the duration of World War 1. He met Tom Simpson after winning an amateur golf
​event at Cruden Bay.

By the mid-1920s MacKenzie Ross was in partnership with Simpson, designing most of the firm’s course layouts. In the 1930s MacKenzie Ross was a sole practitioner, and was developing a reputation as a designer both in the UK and continental Europe. Most noted for his work at Castletown Golf Links, Isle of Man and restoration of the golf courses at Turnberry, Scotland, following World War 2.

Elected as the first president of the British Association of Golf Course Architects in 1972.

“Variety is the spice of the game,” Mackenzie Ross said. “No two holes and no two greens should ever be alike. Particular attention must be paid to the greens’ sites and to their slopes as to the lie of the land on the approaches to these greens.
If the course is laid out conforming to these basic principles, then it will prove interesting to all classes of players and will have animation and life.

He managed this very successfully at Castletown Golf Links with no two holes appearing similar, nor any of the greens and this makes for a brilliant golfing experience. 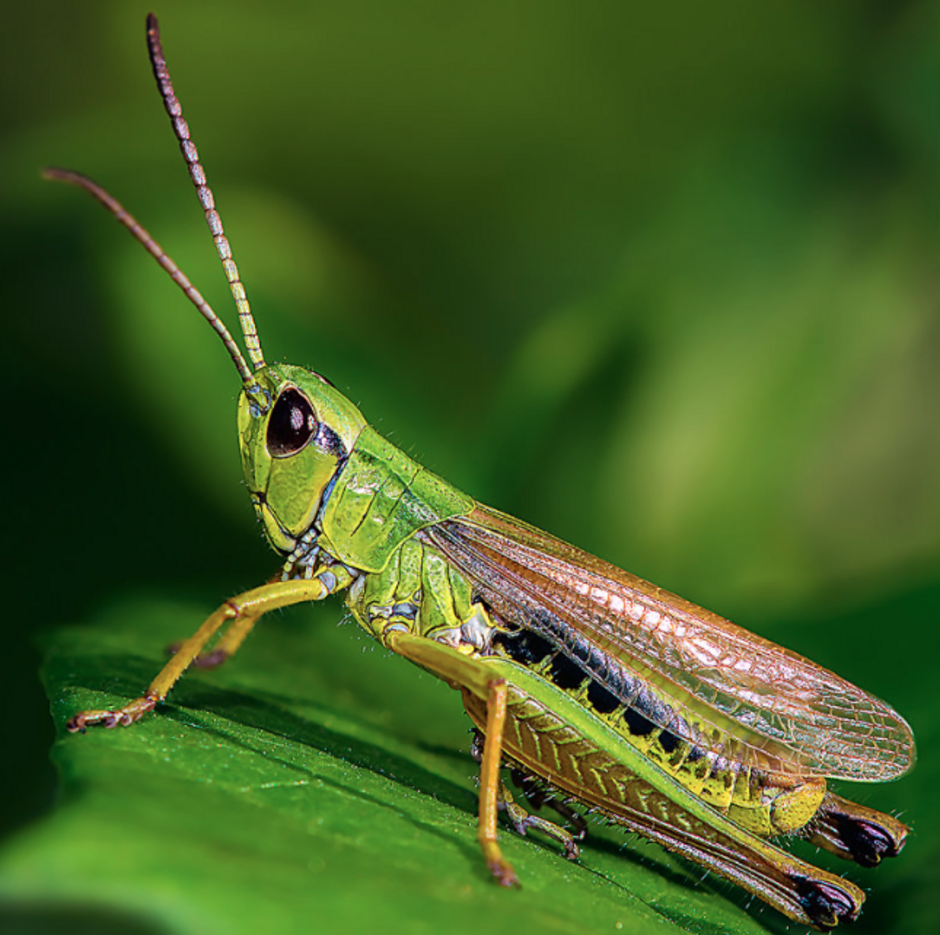 Langness Peninsula is an example of a “tombolo”, a rocky island joined by a sandy spit to the main island.  The area
has geological formations of limestone, Manx Slate, and conglomerate overlain with sand and shingle at the land-ward
end. This combination occurs nowhere else on the Isle of Man.  Large rock arches of conglomerate or “pudding stone”
occur in the South-East and create a dramatic backdrop as you tee off on the 17th hole.  The variety of rocks leads to
soils which are diverse in structure and acidity and lends itself to attracting a wide variety of flora and fauna as well
as circa 15 species of butterfly.

The waters surrounding the peninsula feature rich inter-tidal and current swept reefs as well as sheltered areas with
sea grass beds.  The salt marshes to the right of the 11th hole have been recognised as a bird sanctuary since
1936 and are said to be one of the best Manx sites for staging migratory water birds as well as acting as a haul
out for grey seals. Basking Sharks and Risso dolphins also visit along the Eastern coastline of Langness and
have been spotted along the stretch from the 16th – 18th holes.

Significant numbers of waders roost here and large feeding flocks of Curlew and Golden Plover have been recorded.
Raven and Chough nest on the rocky coast and Lapwing have bred on the saltmarsh.  Migrant birds that can be
seen on Langness include Wryneck, Little Auck, Goosander, and Little Egret.

The result of the above is that Langness Peninsula has been deemed as an area of special scientific interest or
ASSI. As golfers we couldn’t wish for a more beautiful setting! 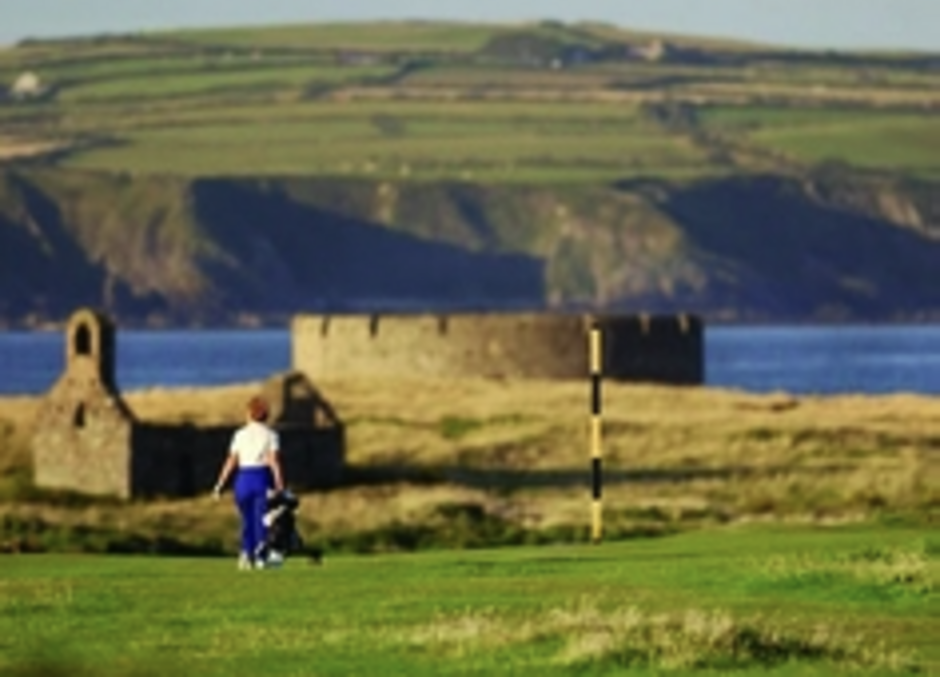 The 18th hole at Castletown Golf Links overlooks the beautiful and historic St. Michaels Isle, a small island joined to Langness Peninsula via a short causeway built in the mid-18th century.  There is evidence for human activity on
the island from the early medieval period, some 6,500 years ago, and there remain two ancient buildings that
aptly represent the history of the island’s uses through the ages - for both religious worship and the focal point
of battles for control of the Isle of Man.

St Michael's Chapel, dating back to the 12th century, is located on the south side of the island. This was a Celtic-Norse chapel and was actually built on the site of an even earlier chapel, or 'Keeill' in Manx Gaelic.

Two great battles for the control of the Isle of Man took place on St. Michaels Isle in 1250 and 1275, when England,
​Scotland and the Manx were fighting for control of the island. In the first battle the Manx won but 25 years later,
they lost control to Scotland.  The circular fort that still stands strong today was built later, in the year 1540 (16th Century) during the reign of Henry VIII, as part of a kingdom wide coastal defensive system. The Round Fort had 8 foot
thick walls with a wall walk at the top and supported eight cannons.

These defenses were re-fortified in 1640 by James 7th Earl of Derby, a strong royalist, against the ships of
Oliver Cromwell during the English Civil War. The fort was renamed Derby Fort and the Earl's initials along
with a date of 1645 were engraved above the fort door recording the change.

The First Ever Derby Horserace  was held on Langness Peninsula. The 7th hole is named the Race Course
because, there, a century and a half before the first ever English Derby the Isle of Man and the then Earl of
Derby (also the Lord of Mann) held the first ever Manx Derby over three furlongs. This was also thirty-nine
​years prior to the Newmarket race, which has been proclaimed to be the oldest horse race in existence.